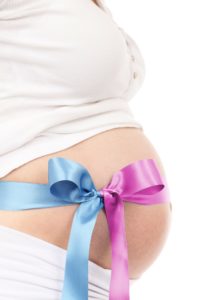 Back in “the day”, we had Baby Showers for the new mom that now pales in comparison to the Showers being given today.  My Shower was given at a time when only women were invited and we decorated with mostly yellow or green balloons because part of the pregnancy experience was the end surprise of what you were going to have.

We played games and made a hat for the mom-to-be out of the ribbons and gift wrap from the gifts she received.  We sat around and played games while she opened the gifts and someone else read the card.

We, who already had children, shared our experiences of what to expect from a new baby, but it was always the grand-mothers or the aunts who never shirked away from telling how awful the labor pains were going to be.  Just what you needed to hear! Oh my! And the Shower was usually held in someone’s home.  Not today!

I have attended Baby Showers that were just short of the red carpet, held in restaurants or clubs just short of being compared to a wedding reception.

Not to mention, the competition of who was going to buy the most expensive gift on your registry – to not be outdone by anyone else.  Now the registry is a total post unto itself where everything is on the list, but the baby.  The cribs, the strollers, most costing more than what my first used car was purchased for.  I realize that times have changed and evolved, but aren’t babies able to stay in their cribs the same amount of time as yester year.  Don’t the wheels to the stroller still spin the same amount of revolution as always?  Of course there are a lot of things that are new and improved and easier, but are they really needed.  Babies are expensive and as time goes on become even more expensive, i.e. clothing, private school, college, etc.

I think what I’m trying to say and it’s only my opinion, when much is given, much is expected.  Let’s go back to raising children without so much expectation and entitlement.  We of course want our children to have better than we had, but you also do not want them to miss the appreciation factor.  They don’t get it just because.

What’s your idea of raising a well-rounded child?  I’d love to hear your thoughts.